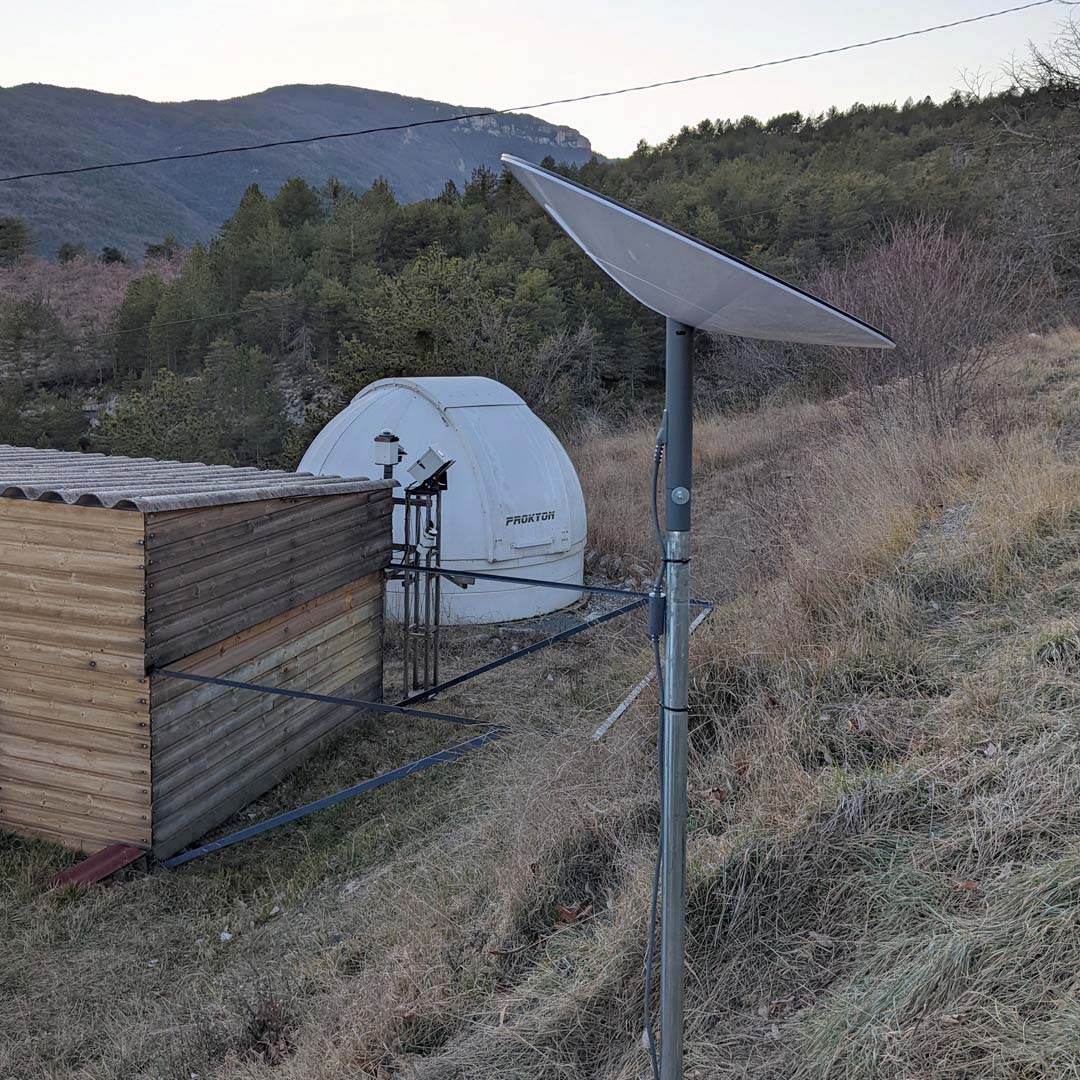 For many years, two DSL lines have been used as media for inter­net con­nec­tion at ROSA. But since longer time, the capa­city became a bot­tle­neck for trans­fer­ing data from the six obser­vat­or­ies. New 25M/​60M sensors and faster optics cre­ated data volumes the two DSL lines (1Mbit upload) could not handle any­more. Since fiberop­tic con­nec­tions are not avail­able at this time, the ROSA mem­bers decided to swal­low the toad and we ordered a Starlink antenna. Installed dur­ing my ser­vice mis­sion in Feb­ru­ary, we have now more then ten times faster upload (between 10Mbit and 20Mbit) with about the same latency like the DSL lines. The exper­i­ence regard­ing avail­ab­il­ity is excel­lent in the last two months. With some addi­tion­al con­fig­ur­a­tion, we are even able to run our VPN con­nec­tion over Starlink.