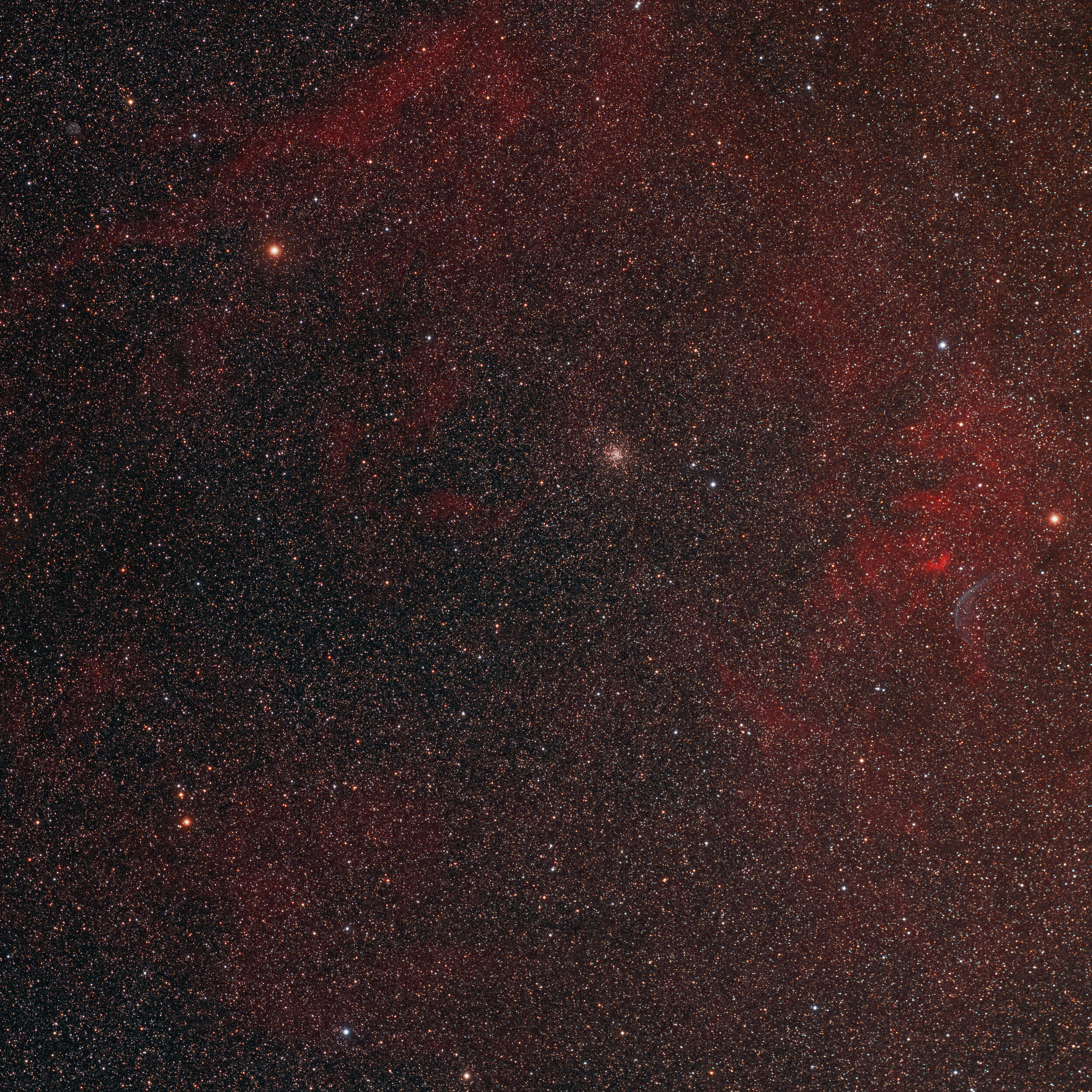 M71 also known as NGC 6838 is a glob­u­lar cluster in the con­stel­la­tion Sagitta near the middle of the image. In the upper left corner, the plan­et­ary neb­ula WeSb 5 (PN G058.6–05.5) is vis­ible, while Sh2-84 and a cres­cent shaped Wolf Rayet neb­ula asso­ci­ated with the Wolf Rayet star WR 128 can be found in right part of the image. The blue cres­cent neb­ula around WR 128 was dis­covered in 1982 and is formed by mass loss ejecta from the star, which is ion­ized by its radi­ation. The huge Ha cloud in the back­ground is uncata­logued and its nature is unknown. It can best be seen in the star­less Ha image, which was cre­ated using a Red Con­tinuum fil­ter. Best seen in the annot­ated image is the very small plan­et­ary neb­ula Mul 5, which was dis­covered by the ama­teur astro­nomer Lionel Mulato in 2013.

The field cov­ers about 3.5x3.5 deg of the sum­mer sky. Long exposed Ha data was com­bined with OIII and RGB. North is up in this image.

The field was sug­ges­ted by Sakib Rasool who helped me cre­at­ing the text and annotations.