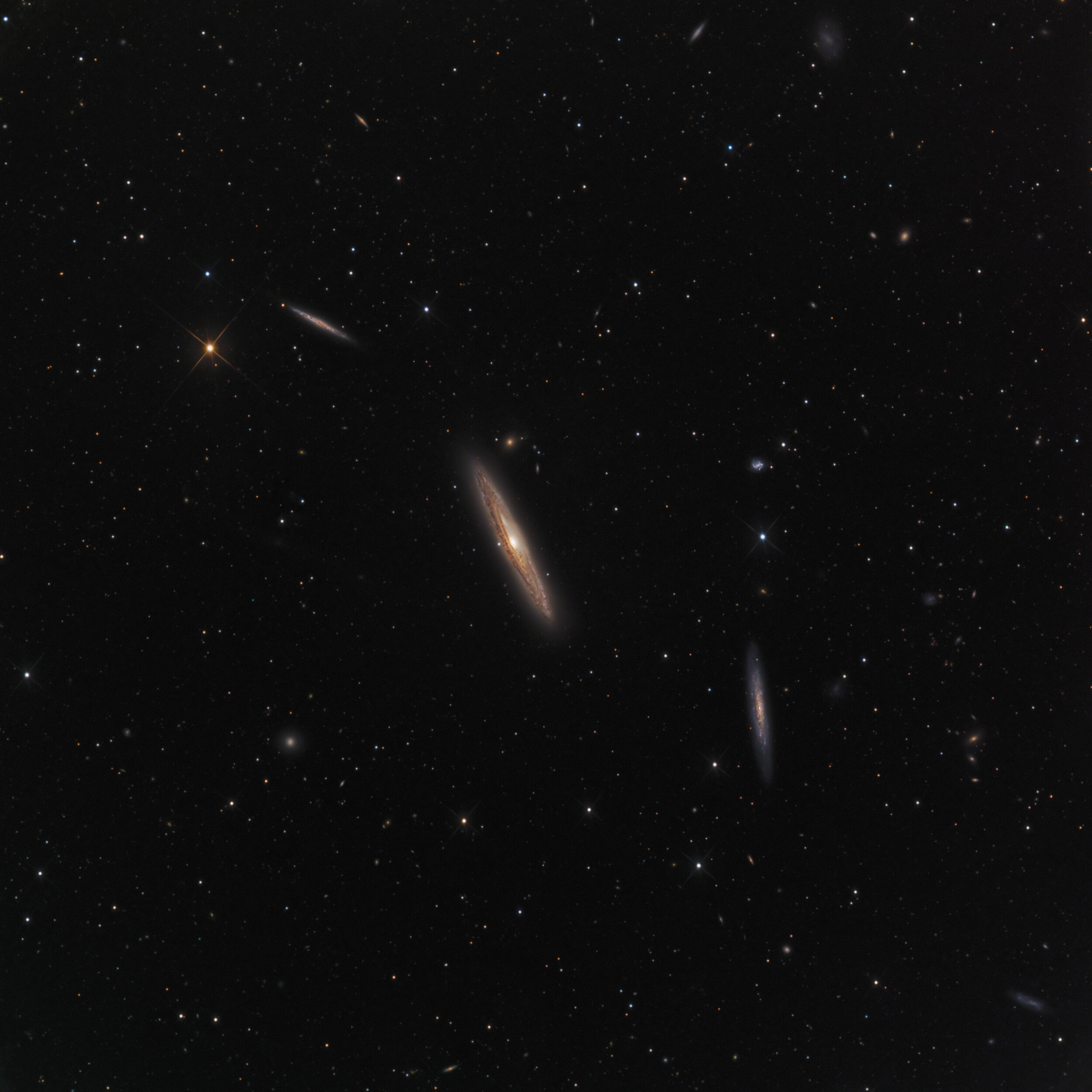 A starstream around NGC 4216 has been detec­ted some time ago (see here for Ken Craw­ford’s APOD), which can be seen at the left side of the galaxy (inver­ted image). North is up in this image.